Rising Number of Abused and Neglected Children in Indiana

Rising Number of Abused and Neglected Children in Indiana 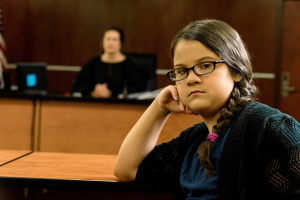 The sharp increase in the cases of abused and neglected children is largely attributable to the surge of cases involving parental opioid abuse, particularly abuse of heroin, meth and fentanyl, Rush said.

Unfortunately, the chief justice said the state court system currently does not have enough resources to equip judges to effectively handle the surge in CHINS cases, so she and other judicial leaders are looking for ways to transfer existing resources within the state to the areas where juvenile courts are most in need.

For example, a recent study of how judges allocate their time determined that judges in some counties, such as Tippecanoe, have a very high volume of CHINS cases, Rush said. In a recent conversation with Tippecanoe County judges, Rush said she learned they are working well past normal business hours to keep up with the constant influx of juvenile cases, sometimes as late as 11 p.m.  So, the judiciary is looking for ways to temporarily shift judicial officers and resources from counties with fewer CHINS cases to those counties with the most CHINS cases, she said.

Consequently there is also a shortage of volunteers for the Court Appointed Special Advocates program that the judiciary is working to fill, Rush said. Right now, there are 5,721 Hoosier children who are wards of the court who are on the waiting list for a CASA appointment, a number the chief justice said is “very concerning.”  In Delaware County there are over three hundred children waiting for a CASA volunteer.
Apply to be a CASA Volunteer now.  We will schedule an interview and help you decide if becoming a Court Appointed Special Advocate is for you.